A5: Reflections on the Progression of a Project

Posted on November 20, 2016 by stevemiddlehurst 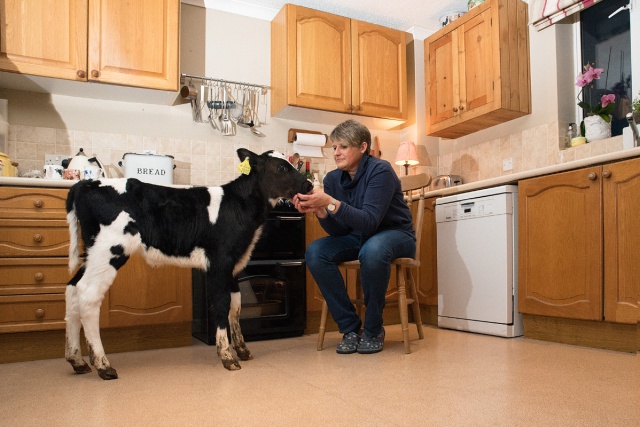 Sometime around 2001 Mark Neville was in a bookshop in Glasgow looking at a large collection of social documentary style photo books when it struck him that “these books were not aimed at the kind of people who were in the pictures …… images of poverty and hardship made for comfortable people” (1: p.32). This thought was to initiate an approach to his practice that, if not unique, is highly unusual. Neville decided to challenge the status quo and embark on a project to create a photo book that only ended up in the hands of the community it represented as opposed to the coffee tables of “white, middle-class people” (1: p.32). Gerry Badger describes Port Glasgow, Neville’s first book, as an attempt to “confront one of the main problems of social documentary photography: that it is so often a matter of outsiders – however sympathetic they may be – taking a patronising view of those who are ‘other’.” (2: p.134).

With funding from the Scottish Arts Council and the Lottery Neville immersed himself in the area of Port Glasgow that had once been home to Britain’s busiest shipyards but was now “clinging to a post-industrial identity” (1: p.32). At the end of the project he printed 8,000 copies of the book which was then delivered by the local boys football club to every address in the community. Fancy Pictures (1), his first conventionally published work, is a monograph of six projects that focus on seemingly closed and isolated communities ranging from Port Glasgow to Helmand Province. 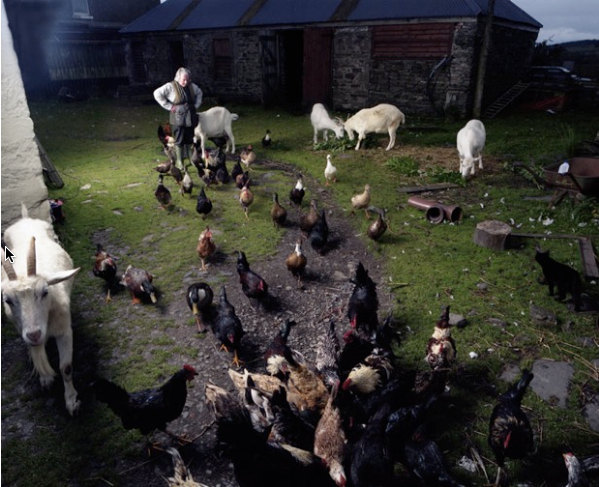 I was initially drawn to Neville’s work to look at his second project, also called Fancy Pictures, which documents a small, and in many ways feudal, farming community on the Isle of Bute. The first  impression of this series is well described by David Campany: “Wildly imaginative, technically sophisticated and visually intelligent.” (1: p.33) And, it would be easy enough to continue to review Neville’s work along these lines, indeed there his technical approach has influenced my own project, but it is potentially more important to recognise that the results he achieves come as a direct result of the depth of the relationships he builds with his subjects.

I started the Crackmoor Farm project in the early part of this year, assignment 2 Two Fortunate Men (here) was an early result but it now feels to be more of a premature spin-off than a coherent project. Neville’s interviews with David Campany have helped me to understand why, despite being of exactly the same subjects, assignment 2 and assignment 5 are, to my mind, so radically different.

Before starting to photograph the Kellaway family on their west country farms I had only met the main subjects once and then only very briefly. Over the course of several shoots I began to understand their world but, despite their hospitality and generous nature, I was very much an outsider looking in on their lives. The photographs reflect the subjects’ discomfort, eye contact was rare, poses uncomfortable and false and as a result the majority of the shots were captured when the subjects were preoccupied with their work. Quite obviously a significant proportion of objective documentary photography records a relationship between strangers, the photographer as an outsider, the subject being objectified. This in itself is not necessarily an issue if photographer has a real understanding of and sympathy towards the subject matter, neither Colin Shaw’s Farmwork nor John Darwell’s Dark Days are the result of the kind of immersion that marks out Neville’s work but in both cases the practitioners were not outsiders to the overall subject matter just to the specific subjects in their photographs and both projects were developed over an extended period of time.

Neville talks about going into his target communities to build relationships and eventually “negotiate some kind of performance from the people I’m with.” (1: p.31) This has also been my experience when working with the Kellaways; at first any kind of posed photograph was challenging and discomforting to them and left me feeling predatory but by the end of ten months they were willing participants in the creation of tableaux.

This changes the dynamics of the photographic process, the relationship between the photographer and the subject becomes collaborative, and because staged photography has a strong sense of theatre there is even a sense of being co-conspirators in creative subterfuge. By bring and element of staging into a documentary style project Neville challenges our expectations and express a scepticism towards the claim of truth in the photographic document but to achieve this he needed a level of cooperation from his subjects that could only be achieved by developing mutual understanding and trust.