Posted on August 15, 2016 by stevemiddlehurst 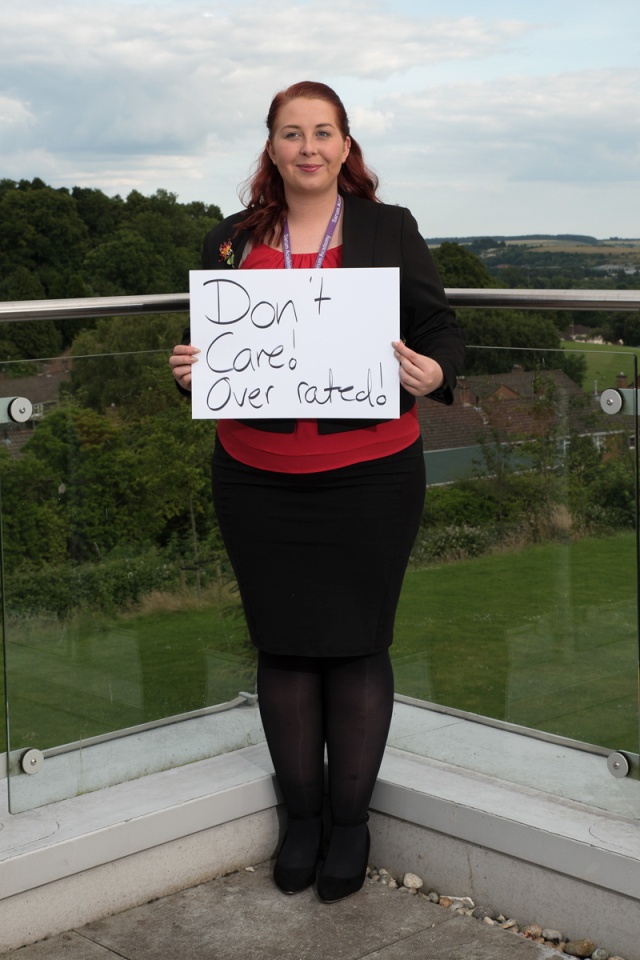 This assignment series comprised two separate sets of photographs; a shoot undertaken on 23rd June 2016 of polling stations and a portrait shoot two weeks later. The weather on polling day was dull and grey with intermittent rain and the polling stations were surprisingly deserted. These conditions dictated the overall aesthetics of the series and early in the day I decided to use the flat grey skies and the lack of human presence as a consistent theme for the pictures. As this suggested a deadpan aesthetic I also kept the compositions simple looking for angles that, where possible, included the polling station signs which were the key to the series.

The portrait shoot was conducted on a large balcony in early evening and, in contrast to the polling station shoot, the weather was generally bright. However I wanted the portraits to stand out from the polling station background when the images were combined so I used a single diffused flash gun as a fill in.

Demonstration of Technical and Visual Skills

I cannot suggest that this series was technically challenging. The photographs themselves are straight records. The polling stations are post processed to bring out as much contrast as possible from what was very flat light and the portraits were cut out from the original background and layered into the final pictures; fiddly and time consuming but not difficult.

It was important to this series that the portraits in particular focussed on the subject, this was a collaboration and my approach needed to be objective, non-judgemental and neutral. I had no influence over the signs written by the subjects so my editing is reduced to the selection of six examples from each shoot. I assume that an assessor would have no desire to view more than six images but I have included all twenty-six polling stations (here) and twenty-six portraits (here) as part of my backup research to show that the series could have been extended to the full twenty-six.

I believe that there was a strong concept for this series as explained in the assignment. Elections or referendums are reported and analysed at a national level, we remember television coverage from sophisticated high-tech studios, interviews with politicians outside Westminster, live feeds from Downing Street or, in this instance, the European Parliament; yet, the decision has been made in obscure and banal little buildings that become political institutions for the day. The contrast between the origin of the decision and its implications was so great that I wanted to record the other side of the politics, the places of decision and then combine this with people who may or may not have voted but who had an opinion, interestingly everyone I approached did have an opinion, even if the priest struggled to make his statement neutral and one woman thought it all irrelevant.

I have commented in the assignment that to adopt Gillian Wearing’s Signs as a reference point is fraught with the risk of plagiarism as the idea itself is so powerful that any reprise appears to be a copy. The idea is quite obviously not my own but, despite its effectiveness, it has been used so infrequently  that I believed that it was the right vehicle for capturing and recording stranger’s opinions.

The use of a simple montage was experimental and I had originally intended to take this much further but all my attempts to piece together several components ended in disappointment. Perhaps not a revelation but my attempts did highlight the fact that if one wants to follow in John Goto’s footsteps the final image needs to be preplanned and all the components photographed to order.

The most interesting aspect of this project was the idea of working to a set number of subjects. For both shoots I set out to capture exactly twenty-six images and needed to work within specific and inflexible timetables. This is clearly not unusual in a studio setting but I normally collect pictures of outdoor subjects over an extended period of time, taking time to reflect and re-plan between shoots.

This project is strongly contextualised and influenced by a spectrum of very different photographers and artists. This included re-visting practitioners such as Mark Power, Gillian Wearing, Ed Ruscha, Paul Seawright and Eric Tabucchi whom I have previously studied and others that I looked at for the first time on the advice of my tutor such as John Goto, Joel Sternfeld, Henrik Duncker and Yrjö Tuunanen. I thoroughly enjoy the research element of these courses; look closely at the work of any established photographer and you will inevitably find something new and exciting.