Posted on November 29, 2015 by stevemiddlehurst

This is the second of two series on Frensham Little Pond. A unique wilderness on the Surrey Hampshire borders. In 1246 The Bishop of Winchester, William de Raleigh, who then held Farnham Castle, ordered the damming of the small stream that ran across Frensham common to create a fish pond.

It is surrounded by Frensham Common, a barren sandy waste that once stretched fourteen kilometres from Farnham to Hindhead. Until the Enclosures in the nineteenth century it supported a scattered community of squatters who had built huts on the fringes of the waste and grazed their cattle on the common.  It in area where building land is at a premium the landscape around Frensham has surprisingly survived into modern times as an unspoiled patch of wilderness and is now in the hands of the National Trust.

All these photographs were taken on the same morning as the people series in the previous post. It started out quite bright but became more wintery as a storm began to blow in from the West. As the day darkened I began to think about Jen Southam’s The River: Winter (1) and started to explore the patterns in the bare branches and still water at the swampy end of the pond.

This short series attempts to capture the early winter sprint of this unique landscape. 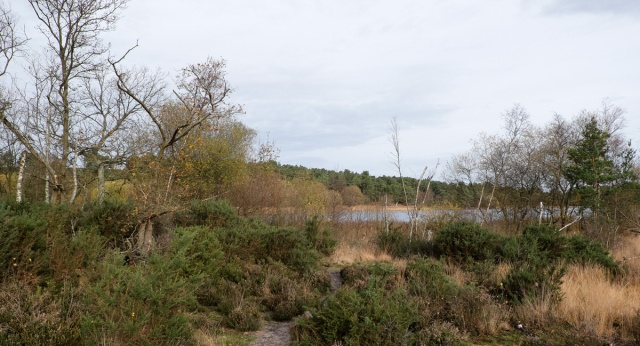 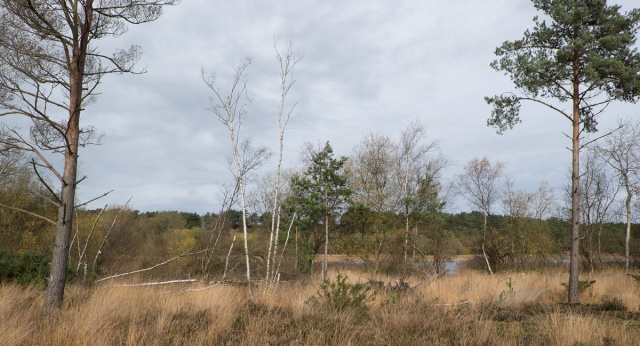 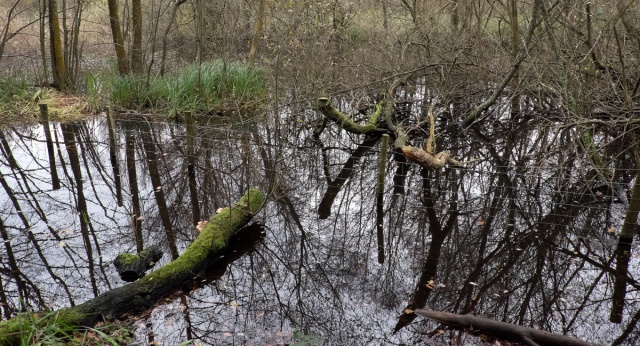 This entry was posted in Exercises, Part 0 - Introduction and tagged Jem Southam. Bookmark the permalink.